Latest news and insights from the FSC Group. 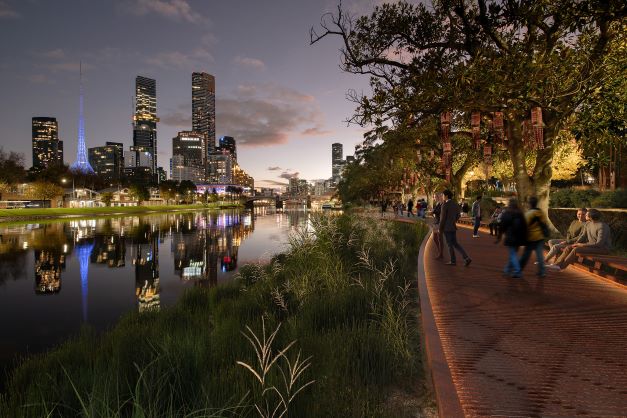 FSC Range have been named as part of a collaborative design team led by ASPECT Studios and TCL studio to create the Greenline Project design for the City of Melbourne. This ambitious redevelopment will span 4km of the North Bank of the Yarra River – Birrarung, creating a series of ecologically and culturally rich spaces that connect people, their city, and the water. The ASPECT Studios X TCL team incorporates local and world class expertise including FSC, WSP, BKK Architects, JCB Architects, GEHL, Urbis, and Capire.

The Greenline Project will make a profound point of difference for Melbourne and be a generational and transformative gift to the city and its river, while also feeding into the ongoing recovery of the CBD by creating an internationally known riverfront experience. Daily life in Melbourne will be fundamentally different, with the 4km stretch of the Yarra River – Birrarung spanning right through Melbourne from Birrarung Marr to the Bolte Bridge.

The Greenline Project will constitute an important act of reconciliation, acknowledging through design the millennia-old relationship between the Wurundjeri Woi-Wurrung People and the Yarra River -Birrarung. Indigenous elders, designers, researchers, and artists are to be integrated with the design process at a fundamental level, allowing the expression of their stories and culture to be self-determined. The Greenline Project will reveal that history and etch it into the city’s most prominent new public space.

Be alerted when new articles and insights are published.